NOTE: DEADLINE EXTENDED
A system glitch caused issues for more than an hour on Friday afternoon. The deadline has been extended to Feb. 20.
Show off your best advertising and circulation ideas by entering the 2019 TPA Ideas Contest! Entry/rules brochure

Here are better instructions for accessing the system.  The ones in our rules brochure had an error so here is how you actually sign in.  People can call me all day with questions at (865) 584-5761, ext. 105.

• Click on contestant login in the top middle of the screen

The Tennessee Newspaper Hall of Fame Administrative Committee voted on Oct. 16 to change one of the requirements for nominations.   Previously, a nominee must have been deceased for five years before a nomination could be made.  The new rule changes the requirement to two years.    Nomination form

Nomination materials may be submitted electronically by contacting TPA headquarters at (865) 584-5761, ext. 105 or rgentile@tnpress.com. 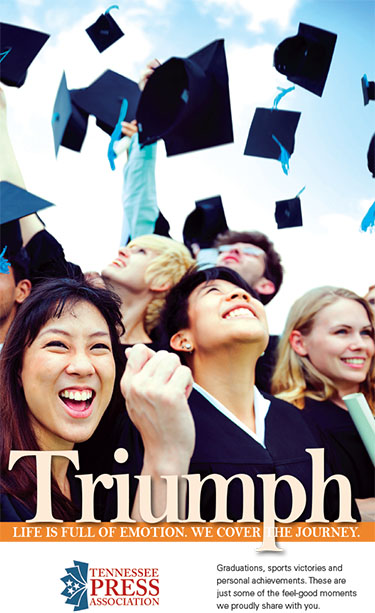 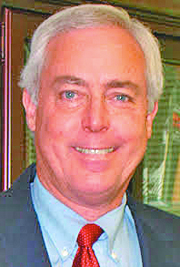 Directors re-elected for two-year terms representing District Two are:  Maria De Varenne, executive editor of The Tennessean, Nashville; Jack McNeely, publisher of the Herald-Citizen, Cookeville and William Mitchell, publisher of the Shelbyville Times-Gazette.  Daniel Williams, office manager of The Paris Post-Intelligencer, was elected as a director of District One for a one-year term to fill the seat previously held be Daniel Richardson.

Eric Barnes will continue on the board for one year as immediate past president.  Also continuing on the Board as directors are E. Scott Critchlow, Union City Daily Messenger; Carl Esposito, The Daily Times, Maryville; Sara Jane Locke, The Herald-News, Dayton; Keith Ponder, The Daily Herald, Columbia and Justin Wilcox, Johnson City Press.

About Doug Horne
Doug Horne has been an entrepreneur for over 40 years and Horne Properties, Inc has developed over 20 million square feet of shopping centers, apartments, and office buildings.  In addition to newspapers, Horne Radio has two FM and one AM station.  Republic Newspapers has owned a number of community newspapers in four states and currently owns the Farragut Press and The Courier News in Clinton, Tennessee.

Horne is a University of Tennessee Emeriti Board Trustee and currently serves on the Samaritan’s Purse Board and has served on other boards as well. He has been married to Brenda for 51 years and they have two children and two grandchildren.

About TPA
The TPA was founded in 1870-71 for the purpose of creating a unified voice for the newspaper industry in Tennessee. Today, TPA continues to provide assistance to its 124 member newspapers by monitoring legislative activities, providing training programs, issuing press credentials, maintaining a website and providing regular meetings and forums to foster the exchange of information and ideas.

The TPA presidency rotates among TPA’s three divisions of Tennessee, east, middle and west, and alternates each year between a daily and non-daily publication. It is customary that, when a person is elected a vice president, he or she will serve two terms as vice president before being elected president.

Removed July 12, 2018—“Section 6. No employee may have when employed or acquire while employed any ownership of any media property or a company which owns any media property, including stock ownership. This provision shall also apply to the spouse or dependent children of any employee.
“However any present employee or potential employee may continue to own or commence employment even if they hold interest as heretofore prohibited provided they present a plan of divestiture of such interest which is approved by the Board of Directors.”

The changes made it possible for the Board of Directors to appoint Carol Daniels as executive director of TPA. She had been serving as the functional equivalent through TPA’s contract with Tennessee Press Service, which allows TPS to provide operational oversight, management and government relations services for the Association.

Tennessee State Press Contests Winners announced at a ceremony in Franklin on Thursday, July 12. Seventy-three newspapers submitted a total of 1,424 entries in this year’s contest.
Master List of Winners
Excel file with captions and judges’ comments
News Release
Link to photos of winners at the ceremony with Dr. David Golden, University of Tennessee

TPA’s 2018 Ideas Contest winners were announced Friday, July 13 at a luncheon in Franklin. List of Winners Best of Show went to The Herald-News of Dayton for its “How to Cook a Turkey” special section. Twenty-seven newspapers entered the contest with a total of 634 entries. Best of Show First Runner Up: The Daily Times, Maryville for it’s niche publication, “Horizon.”  Best of Show Second Runner Up: The Leader, Covington, for its Best Special Section, “Children’s Classic.”

There are no notices