Congratulations to all of the 2022 winners for your outstanding work!

Link to excel file with winners, captions, comments and credits

2022 competitors by division. Want to know which newspapers your staff competed with? Check this report out.

TPA thanks the University of Tennessee System for the 82-year partnership on the Tennessee State Press Contests.

Newspaper publishers, editors, writers and designers won top awards today, Friday, August 26, 2022, in the Tennessee Press Association’s 2022 newspaper contest co-sponsored by the University of Tennessee System, which has been a part of the annual event since 1940.

The Tennessean (Nashville), Kingsport Times-News, The Nashville Ledger, The Standard Banner (Jefferson City) and Brownsville Press won the top general excellence awards in their respective divisions at the association’s ceremony, held in Nashville, Tennessee. Points were awarded for each entry, and general excellence honors were based on the newspaper’s total points in their division.

As part of the annual contest, newspapers winning first-place awards in the categories of editorials, best single editorial, and public service will receive $250 prizes from UT’s Edward J. Meeman Foundation. The Tennessean and the Kingsport Times-News swept the awards for their divisions, winning in all three categories.

The Meeman Foundation was established in 1968 at UT to fund the contest, provide professional critiques of journalists’ work, and support journalism students and educators.

“Our long partnership with TPA reflects our shared commitment to education and accountability to all Tennesseans,” said Carrie L. Castille, UTIA senior vice chancellor and senior vice president, who presented the awards at the ceremony. “We’re grateful to be able to work with TPA to make that happen.”

“These awards recognize exceptional work in all three divisions of the state and at news organizations of all sizes,” said Alison Gerber, chair of the TPA Contests Committee. “Tennesseans are fortunate to have had working journalists covering their communities.  Congratulations to the winners.”

There are no events 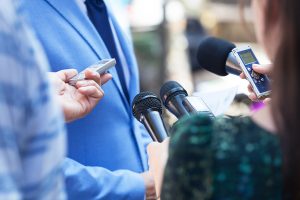 Have a job opening?

Post your open positions and search for resumes in TPA's employment area at https://tnpress.com/post-a-job

Vision Statement
1. Advocate for the press by proactively shaping public policy and opinion
2. Facilitate statewide standards and execution across the membership
3. Coordinate the exchange of ideas and the sharing of tools, best practices and opportunities to help members elevate their craft.
(adopted June 16, 2011)

There are no events